The crisis between the Council of Legal Education (CLE) and National Open University of Nigeria (NOUN) over admission into the Nigerian Law School is indeed discreditable albeit resolvable.

Taking a realistic and holistic look on the issues, the quagmires which have lingered for five years since the first set graduated resulted from conflict of interests between the Federal Ministry of Education and its counterpart, Ministry of Justice.

Regrettably, innocent law graduates became the proverbial helpless grass that suffers the fight of the elephants.

By their establishments, NOUN and National Universities Commission (NUC) operate under the Ministry of Education while the Nigerian Law School, under Council of Legal Education is supervised by the Minister of Justice/Attorney General of the Federation; thus two different ministries involved.

The two ministers have significant roles to play in the resolution of the conflicts as their continual disagreement will keep the students roaming the streets. These two ministers should harmonise their differences without further delays.

Possibly, President Muhammadu Buhari should summon them for amicable resolution of the crisis pursuant to national security and interests. Interestingly, this is an era the polity is overheated over national security.

Irrefutably, NOUN law graduates crisis aptly falls under matters that deserve doctrine of necessity and national security as keeping grown persons to be wandering the streets without vocational training for their practice and engagement is highly prejudiced and dangerous.

No doubt, the predicament commenced during the previous administration but in line with change mantra, the crisis deserves a state of emergency as unrelenting neglect is precarious.

By the accreditation of the programme by NUC, obligations accrued to the parties to do the needful.

The students fulfilled their part by completing their courses and acquired certificates as approved by the relevant bodies.

And to crown it, in the moot-court competition which is the only practical aspect of the programme, the students diligently floored their counterparts from conventional universities and represented the country in India international competition in 2012.

Such breeds deserve honours and not political bullying.

The Federal Government should stop pretending as if it is not aware of the predicament of the students.

Federal Government is under obligation to fulfill its part of the deal as it willfully established the institution, promoted and lured these citizens into it.

To clear the air over its authenticity, the then President, Chief Olusegun Obasanjo laudably enrolled into one of the programmes.

That singular act is sufficient to make those playing politics to have a rethink.

These graduates were persuaded to apply into the school due to its newness, and from records so far, it cannot be said that the products are academically deficient.

President Buhari owes these students obligation even though inherited. Government is a continuum.

It is absurd to abandon innocent and brilliant citizens with certificates to be roaming the streets for no justifiable reasons.

The Minister of Justice, Mr. Abubakar Malami (SAN) certainly understood the undefeatable title the students acquired as innocent third parties in line with Lord Denning’s ‘bona fide purchasers of interest for value without notice of defect’ though not the case as they school was accredited.

The powers vested in the Minister of Justice/Attorney General of the Federation to give directions to the Council of Legal Education should be effectively utilized forthwith. Enough of empty promises and tactics as destinies are being shattered.

If the numerous prominent legal icons that embraced ODL (Open and Distance Learning) were frustrated during their time, the nations would have lost all their contributions to the legal profession and society at large so far.

To sum, the Minister of Justice should urgently release these innocent citizens from incarceration.

No country of the world would allow such shameful treatment to triumph especially in a government that made uncountable promises to the citizenry.

A hullabaloo on national security when citizens’ sweats are aimlessly endangered is inconsistent; and akin to a menagerie.

The Federal Government under Buhari has the brightest chance of redeeming this situation and writes his name in gold.

Their continued denial of admission quota into the Nigerian Law School is the height of wickedness.

It is imperative to recall that admission into the law school doesn’t guarantee successful exit.

If there is nothing hidden, let these law graduates be admitted into the law school like their counterparts from other universities.

They studied and graduated. Allow them to prove themselves. Thus, live and let live. 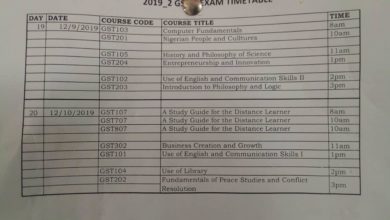 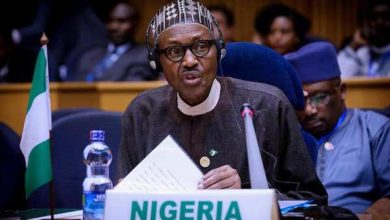 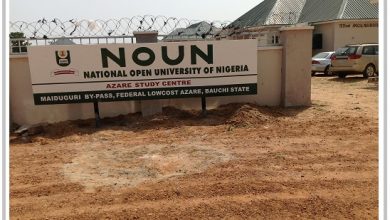